Fetch and Tug Toys for Dogs

On the most basic level, the needs of dogs aren’t too far off from those of humans; physical exercise, mental stimulation and social interaction are required in order to lead vibrant, full lives. Luckily, fetch and tug toys cast a wide net over those boxes, making the ambitious task of checking all three playful, easy and fun.

“Fetch and tug toys are an important part in creating exercise and keeping a pet active,” says Mark Pasco, vice president of sales for Mammoth Pet. “They are also important in helping create that common bond with your dog so playtime is enjoyed to the fullest.”

Something as simple as a quick round of tug-of-war or throwing a toy around the backyard for a few minutes is enough to help build and maintain the connection between a dog and its owner. In addition to being good old-fashioned fun, fetch and tug toys offer a variety of physical benefits.

Lisa Hisamune, director of sales for San Francisco-based P.L.A.Y. (Pet Lifestyle and You), explains that tug toys help strengthen a dog’s jaw and leg muscles, while fetch toys promote regular exercise, recall training and the learning of release/drop it commands.

Although physical activity is essential to a dog’s well being, it’s not enough on its own.

“If you’ve ever seen a dog go on a jog and then come back with enough energy to dig up the garden, they’re probably not getting enough mental stimulation,” explains Debbie Hamill, chief marketing officer foriFetch.

The Austin, Texas-based company believes that mental workouts are just as important as physical ones, designing products that allow the two to go hand-in-hand. Its line of automatic launchers encourage a dog to use its brain to find the opening at the top and drop a ball in.

Some fetch and tug toys are designed with additional health benefits that go beyond just physical and mental. For example, Mammoth Lakes, Calif.-based Mammoth Pets shifts the focus to oral hygiene with its Flossy Chews EXTRA and EXTRA FRESH products, rope toys that are made with a poly-cotton woven sheath surrounded by poly-cotton fibers. The toys are formulated with real mint dental floss to freshen breath while playing, tossing and tugging.

Knowing how fetch and tug toys are created is a necessity, especially in the case of a popular fetch choice: tennis balls. Emily Benson, marketing director at Starmark Academy, explains that tennis balls designed for human sport can damage a dog’s teeth and may contain materials that are too easily chewed and swallowed.

Starmark produces the Fantastic DuraFoam ball, made from the company’s proprietary foam material. It’s lightweight, soft and safe in the mouth, and durable enough for long play.

Durability itself is the backbone of fetch and tug toys. After all, no one wants to buy a toy that they have to return 20 minutes later because their dog managed to break it in half.

Craig O’Keefe, senior vice president of sales for Spunky Pup, says that some manufacturers create toys with “pretty random stuff in them.” He encourages looking at all aspects of the toy, from material to stitching, before purchasing. 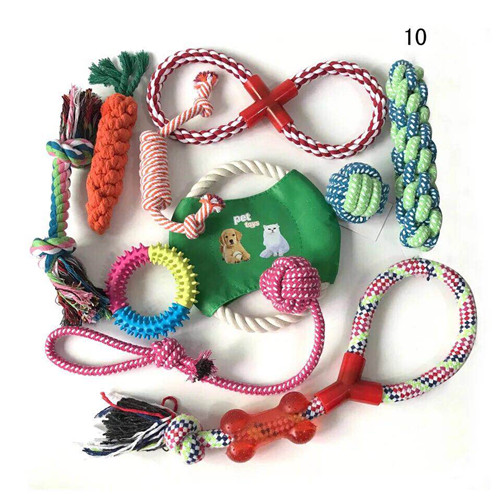 The Orono, Minn.-based company, which sells exclusively to pet specialty retailers, is “very meticulous” about how it create its products, steering clear of PVC, vinyl, petroleum, lead and/or heavy metals.

O’Keefe explains that the best way to actually know what’s being put into fetch and tug toys—and toys in general—is to contact the manufacturer directly and ask about its policies. He encourages inquiring about where and how the toys are made.

No matter how durable a toy appears to be, Angelos suggests avoiding toys that are marketed as indestructible or unbreakable. Over time, any toy can be destroyed with regular wear and tear.

Fetch and tug toys should be a staple of every dog-owning household. Given the wide variety of breeds that enter pet stores daily, it’s necessary to keep a large collection of fetch and tug toys in stock at all times. It doesn’t hurt that there’s a constant demand for these strong sellers.

Pet retailers should be able to guide owners through the process of choosing the appropriate fetch and/or tug toy for their dog. Hamill suggests asking about a dog’s size, breed, energy levels and preferences. Chances are the thick, braided rope tug that the owner of a Pit Bull just purchased probably wouldn’t be the right choice for a Maltese. A dog’s natural instincts and habits will also help determine which type of toy would be the best fit.

“Retailers should inquire first which activity pet owners plan to do with the toy,” Benson explains. “We recommend finding toys made for that intended activity, and also for durability and safety. Another important question to ask is whether the toy will also be used for chewing, since some toys may be intended solely for fetch or tug play.”

Pasco advises to look out for the safety of aggressive chewers. He explains that owners should always purchase toys that are larger than their dogs’ mouths in order to prevent accidental swallowing.

Although fetch and tug toys vary in terms of design and function, there are a couple key features that each toy should have.

“There is a plethora of toys for dogs of all activity levels,” says Hisamune. “The more retailers know about their customers’ dogs, the better they can stock the right toys for their store.”