A massive malamute that ballooned in size after munching on pasties and pies has been put on a diet to help him lose half his body weight.

The chunky canine, who weighs 70kg (11st), was rescued by the RSPCA and taken to Gables Farm in Plymouth, Devon, where he was called George.

The shelter has earned a reputation for helping hefty hounds shed the pounds and he is the biggest dog there yet. 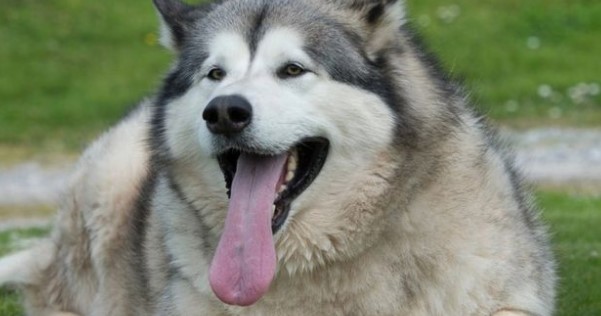 "He's a larger than life character," shelter manager Claire Sparkes said. "He's quite energetic considering how big he is."

Staff hope the six-year-old Alaskan malamute can follow in the footsteps of the shelter's other chunky characters, "Bopper the Whopper" and "Hattie the Fatty". 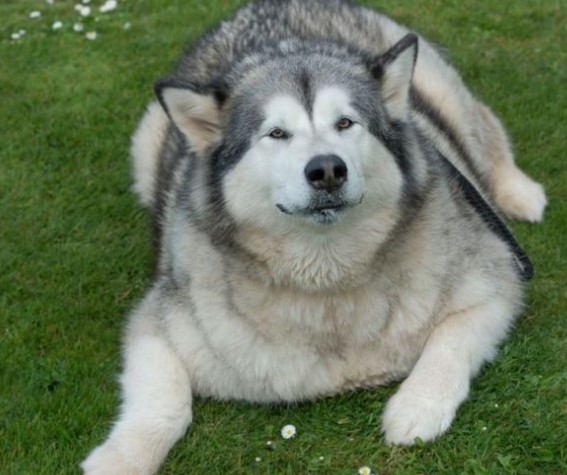 The portly pair lost about 27kg (4st 2lbs) between them at the shelter and Hattie was recently rehomed by one of her rescuers.

Deputy manager Ruth Rickard said: "Each time we have an obese animal come into our care we think it is the biggest we will ever see; and then along comes an even fatter one."

"It's just heartbreaking because it is so easy to prevent, but we will build on our previous success and get him slimmed down."

Hattie the Fatty half the size and hungry for a home

Big dog Bopper the Whopper is 'too fat for a kennel'

George, who came from mid Devon, was rescued because his owner could not afford to feed him the right food. 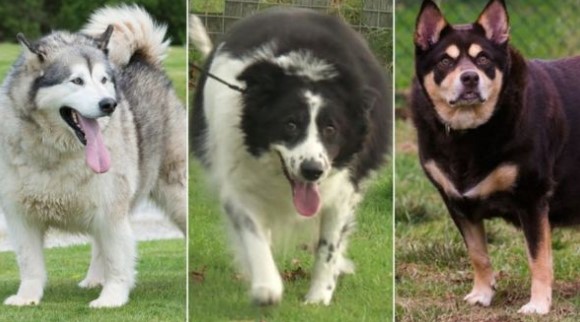 That meant the chunky chap was eating too many calories, causing him to acquire mass.

But they also suspect someone had been flinging food, including pasties and pies, over the garden fence to feed him.

Staff have now put the colossal canine on a strict diet and are slowly increasing his exercise to help him lose weight safely.

The charity has also set up a fundraising campaign to help cover George's vet bills, including payments for low-calorie dog food and pain relief medicine.